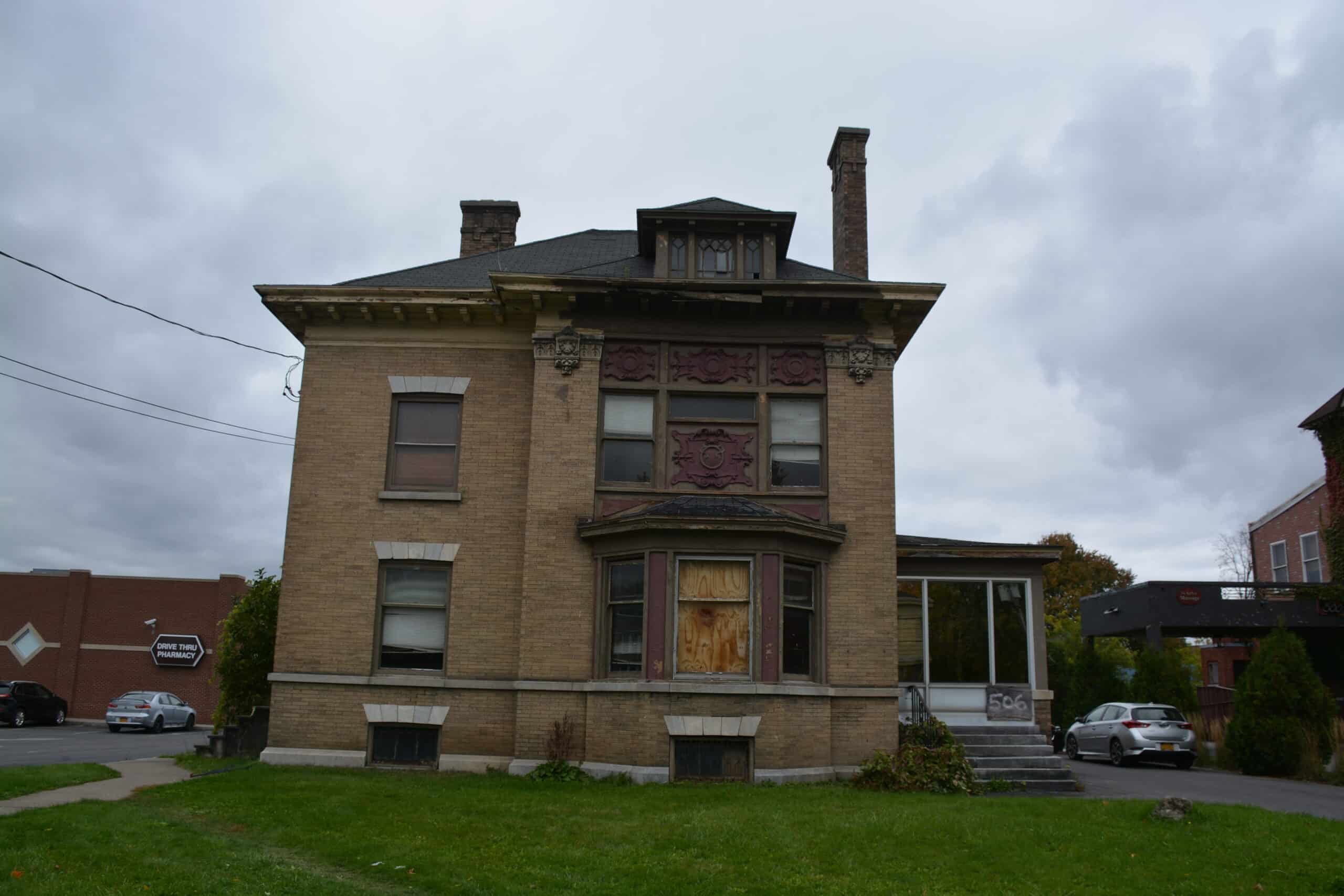 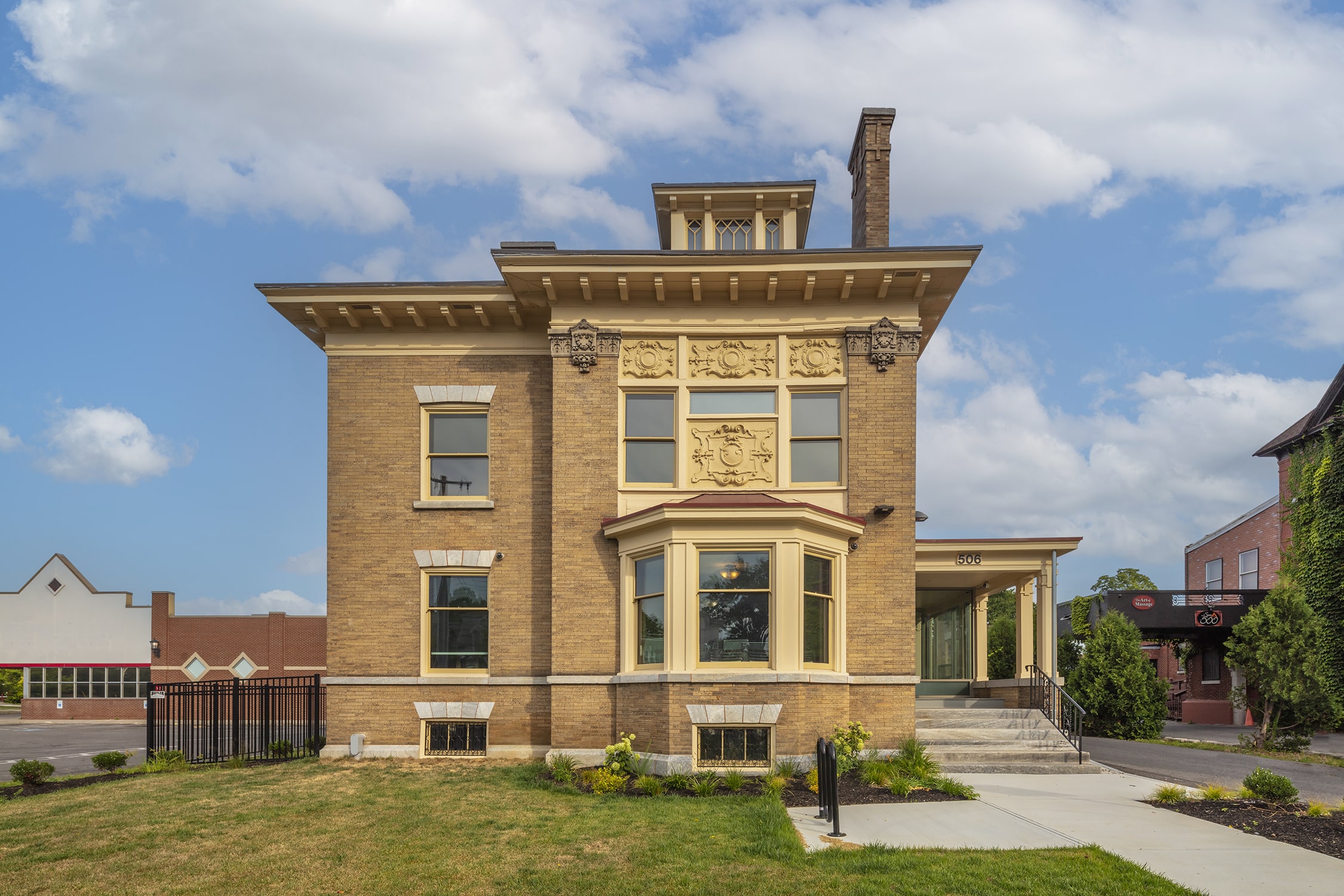 The Preservation Association of Central New York (PACNY) recently awarded Pathfinder Bank with its 2022 Paul Malo Award for the renovation of 506 West Onondaga Street. The Paul Malo Award is given for projects that juxtapose old and new, demonstrating respect for our past while promoting our community’s future.

The George C. Hanford House at 506 West Onondaga Street is a two-story Italian Renaissance Revival-style house, designed by the architectural firm of Archimedes Russell and Melvin King and constructed circa 1910. It was built for George C. Hanford, founder of G.C. Hanford Manufacturing CO. (now Hanford Pharmaceuticals.) The “Grand Avenue” of West Onondaga Street and the neighborhood were a fashionable home to many of Syracuse’s businesspeople and politicians in the late-nineteenth and early-twentieth centuries.

"PACNY applauds the successful use of state and federal historic rehabilitation tax credits which led to a highly sensitive treatment for the building, contributing to the revitalization of the West Onondaga Street corridor and Syracuse’s Southside neighborhood”
-PACNY's Event Committee Chair President, Andrew Roblee in a letter to the recipients.
Three years ago, Pathfinder Bank, wishing to establish an additional branch office in Syracuse, decided to locate on the city’s southwest side, in one of its poorest neighborhoods. Community leaders brought bank officials to the site of the Hanford house. The house had been vacant for many years. The exterior was in a severe state of disrepair, but character-defining architectural detail remained, including windows and cornices. The interior, particularly the front rooms of the first floor, retained a high degree of original historic features, including fireplaces, millwork, doors, flooring, and fabric wall covering.
"Pathfinder’s renovation of the Hanford House is a perfect example that showcases the power of adaptive-reuse renovation projects and how they can help transform neighborhoods and create resilient communities. There is tremendous gratitude in being a part of a team that chooses that path, even though it may be long and arduous”
-Robert Garner, Lead Architect at VIP
The branch opened in the Fall of 2022 and offers mortgages, investment services, and programs targeted to neighborhood residents and business owners, including low-cost checking, micro personal and business loans, and free financial literacy classes to teach people budgeting, basic banking and how to establish credit. Approximately seven people will work at the office.