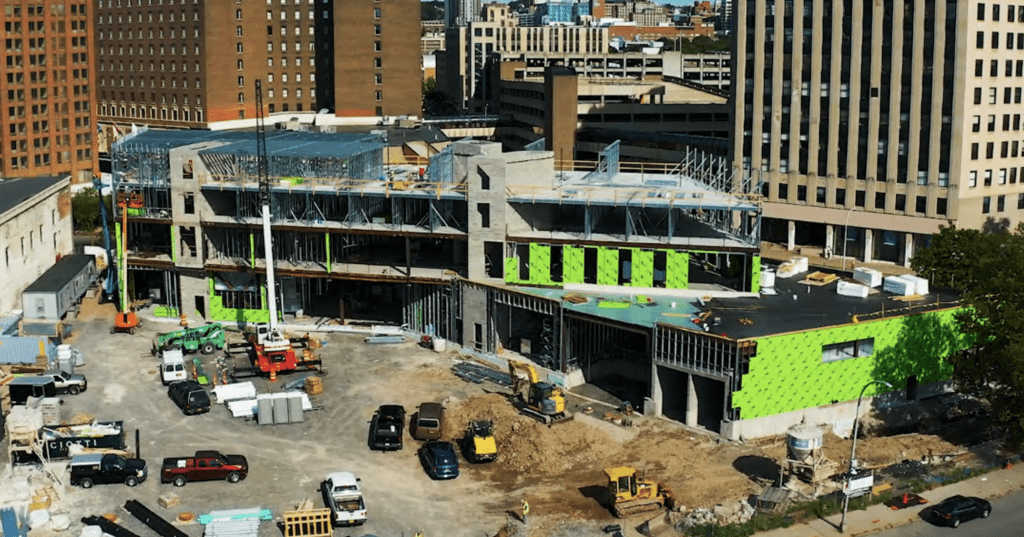 Bringing people from all different backgrounds and communities together in the most beautiful way – The Salt City Market has been a project that began before the pandemic hit and pushed forward during the pandemic.

Next Generation at VIP Dave Nutting began VIP Structures in 1975 in Syracuse, a city which he remains committed to some 45 years later. Effective March 1st, he will transition to Chairman and Owner. His daughters, Meg Tidd and Kate Nutting, will become the next generation leaders of the firm.

Building Communities: Achieving Workforce Inclusivity When the South Avenue Price Rite opened its doors in June 2017, it not only demolished a food desert, but also stood as a project constructed by and for the local community. Syracuse non-profits, businesses and contractors collaborated to recruit a Price Rite construction workforce, or “boots on the ground,” […]

Making A Difference in Our Community

https://youtu.be/50LfB-p9q84 45 years ago, the City of Syracuse and surrounding communities embraced a young architect, right out of college, and gave him the support he needed to start VIP Structures. VIP CEO, Dave Nutting has instilled in all of us the importance of community and making a difference – one project at a time. Below we […]